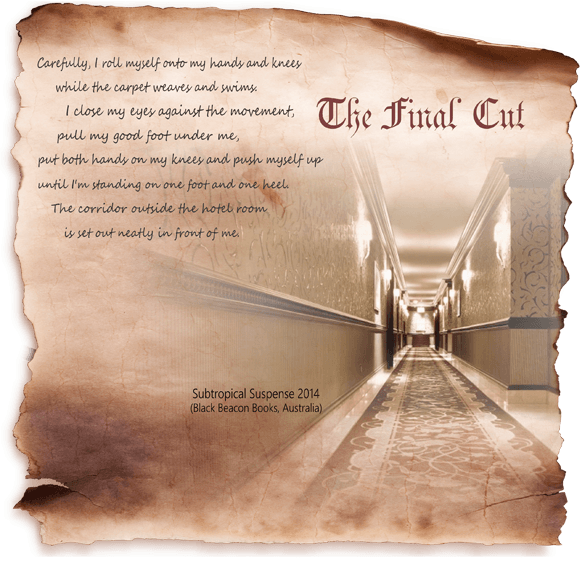 The biggest budget film ever made – a reprise of the franchise which made household names of its stars – is about to be launched at an occasion broadcasted worldwide. The night before the big event, the film’s crew gather for a private celebration. When too much champagne flows, close-held secrets are revealed and the waiting media are gifted unexpected headlines.

Conversation is like snooker. We think and feel, then use our thoughts and feelings like cue sticks. We survey our internal landscapes, consider the spread of words and actions available to us just as we might consider the black and red, the yellow and pink balls on the baize. We chalk our cues. We aim and shoot. If we’ve chosen well, if we’ve lined things up perfectly, we might sink a red by angle-hitting it with a yellow. We try not to sink the eight-ball too early, or by accident. It’s cause and effect. All good timing.

Conversation can be like that. A game where we say something, then another thing in order to create a reaction which will then, in turn, cause the thing we’re wanting. Sometimes, our early moves – the things we’ve said, thought, and done – send the game in a direction we never intended. Sometimes, the folk we’re talking to don’t follow the paths we’ve laid out. Sometimes, the only alternative is to opt out, and stop playing the game.