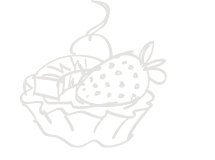 Linda Brucesmith is a writer and public relations consultant based in Brisbane, Australia.

Her debut novel, Elsewhere, was completed in 2021.

Linda has worked as a magazine and newspaper journalist in Sydney, Melbourne, the Snowy Mountains and on the Gold Coast. Her public relations business has provided her with perspectives on tourism, hospitality, food, horticulture, medicine, mining, dance, academia, media and the internet.

Her stories celebrate her fondness for Brisbane. While many include cameo appearances by cats, she has not yet acquired one.