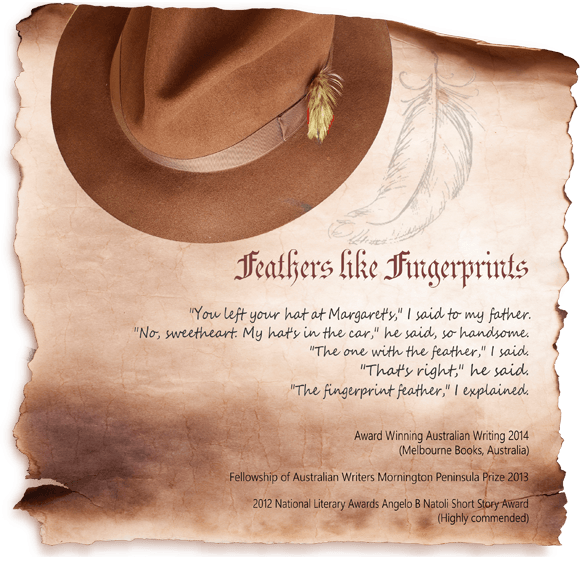 Once upon a time, when World War II was just ended and possibilities were again whispering over Europe, a German dancer met an Australian doctor in Hamburg’s Zillertal beerhouse. Infatuated, they married on the other side of the world. Under Queensland’s diamond light, the dancer negotiated differences like canyons until a bright-feathered fedora changed her life forever.

At seventeen, I was in a Paris café with Australian friends of my parents. The husband asked – in English – to be given an English explanation of the menu. How could it be, he wanted to know, that the fare he and his wife were used to at home was not available? The expression he aimed at the waiter was all frustration and impatience – it looked down from a very great height. The French waiter cocked his head, dropped an invisible curtain between them, and made his face into Gallic mask. My teenaged self couldn’t understand why, in Paris, anyone would want anything Australian. So I launched into high school French. Immediately, the waiter’s face creased into smiles. Beaming staff emerged from behind the counter and called others from the kitchen. Together, we composed our breakfast order and the fare, when it came, was especially sweet.

It’s our bright differences, rather than our bland similarities, that open life’s doors.