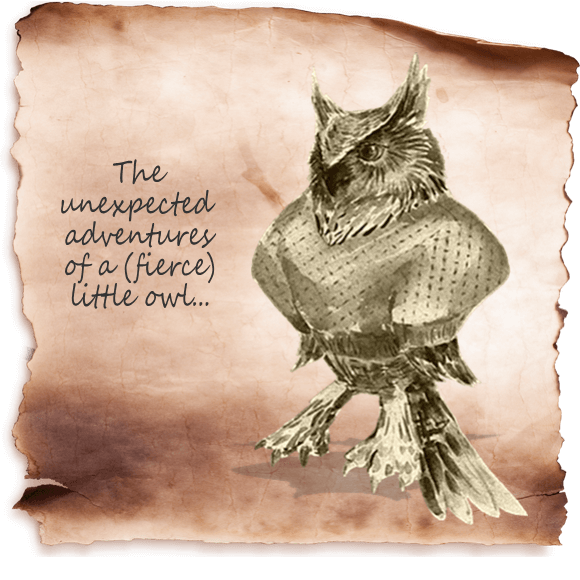 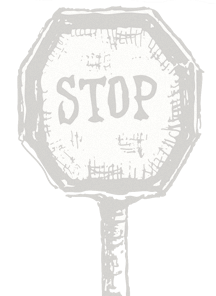 August 21, 2019
The dishevelled little owl was woken by the sound of a truck. It was 6 o'clock. It was cold. And the day hadn't really started, yet.
She pulled her blanket up over her ear. She tried to ignore the crashing-unloading sounds and the electronic beeps of something reversing beyond her window—all the getting-ready-to-work-on-something-large sounds. She tried to ignore what sounded like an electric saw. (A very large electric saw for cutting large trees.) It made an ugly roaring sound, and then a high-pitched whine which (roughly translated) meant, "If you're made out of wood and you've got branches and leaves, get outta my way."
The dishevelled little owl's eyes flew open.
She bounced out of bed and raced to the verandah blind and pulled it back a little so she could see the shenanigans outside. (Without the rabble-rousers outside seeing SHE wasn't, as it happened, fully dressed.)
"Tree lopping service," said the words painted on the truck stopped by the kerb.
TREE LOPPING SERVICE!
The alarmed little owl's sleep-ruffled feathers tangled and flumped as she raced for the shower. (If she was to have any anti-lopping power at all during the debate to come, she must present as an owl-to-be-reckoned-with.) She showered. Washed her feathers quickly. Pulled on jeans, her best, red, anti-lopping jumper, and her sneakers with the ribbon laces. She went outside—a single-owl armada.
Across the street, men with belts and straps and ropes clambered over a very beautiful, towering, perfectly healthy native tree growing by the new development which covered every squidgin-centimetre of land available to it. (Aka: greed.)
The little owl stood in the middle of the road with her mouth open and her wings on her hips. A woman approached. "Can I help you?" she asked.
"What's happening with that tree?" the little owl asked.
"They're taking it out," the woman said. "The developer wants it taken down."
The little owl felt she might be sick, decided this might not be the most authoritative way to behave, and (quietly and assertively) said, instead, "Oh no, they're not. They'll need to stop. Right now. We need to have a chat."
The woman responded most politely. "Let me just get Joe."
Joe (who was quite tall) looked down at the fierce little owl.
Assuming he was the head lopper, the little owl said, "That tree can't come down. If you're going to trim it, you can do it gently." She made her best no-lopping-face.
The head lopper said, "The developer wanted us to take it out completely."
The little owl said, "But it's not on her land."
The head lopper said, "Exactly. I didn't want a bar of it. These people cover every square inch of land with their developments and don't leave back yards big enough for anything. I said we'd trim it. And that's all."
The little owl couldn't help herself. She looked at the head lopper and patted his shoulder. "Oh," she said. "That's very good."
"I get it," the head-lopper said. "Don't worry."
"Good," the little owl said.
And so she went inside. Made a cup of tea. Then she went outside again. She studied the tree. "That's enough, now," she whispered to the nearest lopper.
He looked at her. Called to the crew. Drew a flat hand across his throat.
The crew came down from the tree. They turned the branches they had stolen from it, to sawdust. They packed up their lopping paraphernalia.
And went home.