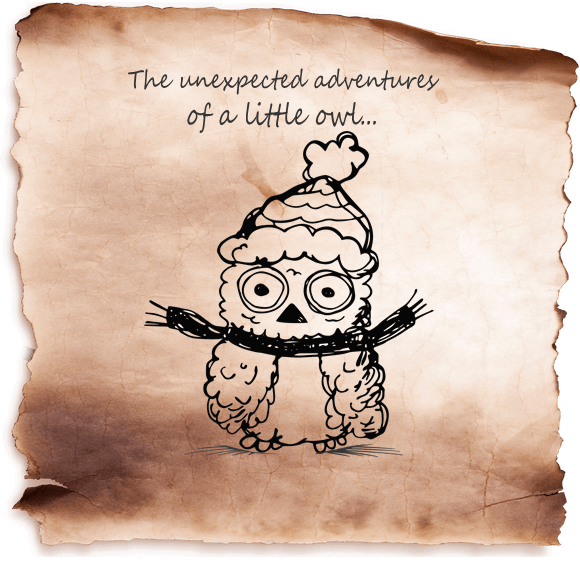 December 25, 2018
Last night, this dishevelled little owl flew to the North Pole. She left at 11.30pm and got there (she flew quite quickly) at 11.57pm. Worried she might have missed Santa's take-off, she peered through the falling snow and saw a glow of light, a flash of red. There he is, she thought. "Travel safe, Santa!" she called, quite loudly. (Snow is a hush-blanket when it comes to voices.) "Watch out for drones!" she added, helpfully. And THEN..... Santa turned. He gave her a smile-to-warm-her-heart. "Little owl!" he said. "We're about to go! Will you join us?" Join you? thought the little owl. JOIN YOU????? "I would be most gratified to join you, Santa," she said in her best speaking-to-Santa voice. And so they went. Sometimes this dishevelled little owl perched on a reindeer's back. Sometimes, she perched on the presents in the back of the sleigh. Most of the time, she sat right by Santa's side. (And it was, every bit of it, splendiferous.)